Today, I want to inform you about some personnel changes and re-structuring at the OXID core development department. 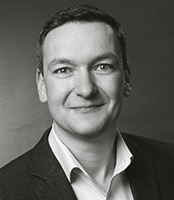 By 1st of June, Benjamin Jörger will take over the job as Head of Development. Benjamin studied Business Informatics, used to work as a software developer in different branches and switched over from the Java/Oracle world. In 2012, he started working as a Project Manager at our Professional Services team where he became a Team Leader in 2015. We couldn’t have a better candidate with his experience in OXID, software development, project and team lead, could we?
(Certainly, I would have chosen another, more informal picture of Benjamin if I only could grab him yet. Apparently, he’s still on parental leave until he lines up for his new challenge 🙂 )

In the name of my colleagues and the community, I’d like to express my thanks to Ina El Kadhi, our previous Head of Development. She switches from the vendor to manufacturer site, and there, will be responsible for the digitalization at a renowned industrial enterprise in the region of Southern Baden. Apparently at the same time (not synchronized) my other dear friend Florian Auer decided to continue his career in the PropTech/IoT branch. Both, together with the core dev team, they massively influenced the technological orientation of OXID eShop development breaking up with all the previous behaviour, like splitting all of the OXID eShop repositories into one base (CE), PE on top of it and EE on top of these repositories. Business and Enterprise level partners do have access to all of them. Additionally, the entire core was re-factored and modernized with V6.0, in a manner that Doctrine as a database layer as well as name spaces made it to the core. “Features” as well as the “Dyn-Pages” were ditched, partially as modules, in order to keep the core lean and maintainable. Intrigued to learn more about V6.0 changes?

I am also excited to let you know that there is Joachim as Assistant COO new to OXID, and we also got our core developer team amplified with Alejandro (dev) and Tomas (Scrum Master) this month. Nicole already twittered about it: 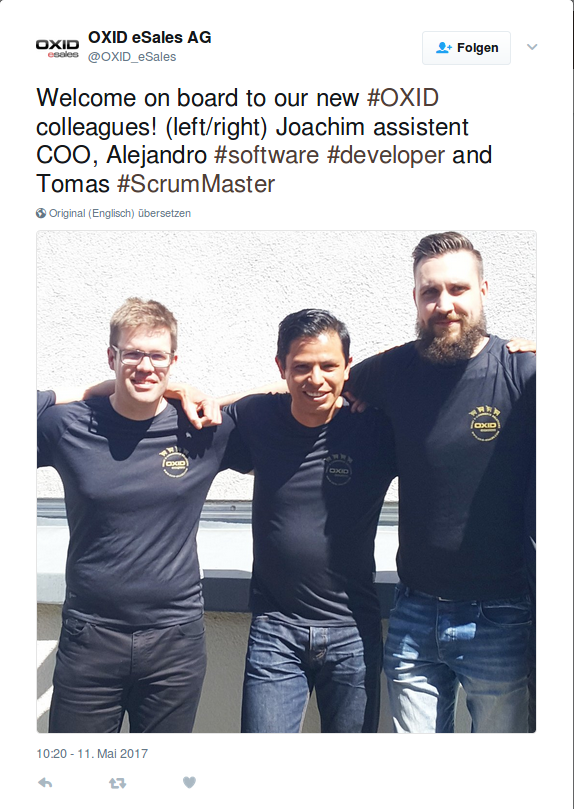 What you’re looking for?

About 2 days ago from Marco Steinhäuser's Twitter via TweetDeck

About 3 days ago from Marco Steinhäuser's Twitter via TweetDeck

About 5 days ago from Marco Steinhäuser's Twitter via TweetDeck

About 2 weeks ago from Marco Steinhäuser's Twitter via TweetDeck

@moeffju Is it more front or back end? There are some cool OXID open source projects going on. Interested?

@SteveH80 Don't know. Maybe a lack of usability with it? :D

Congratulations to @kosmonaut_io as implementation agency of the year! Whoohoo! Evgeni, Anatolij! #космонафт

Anybody recognized that nearly no winning Online store runs one of these cookie consent tools? Just saying... #SUA20

About a month ago from Marco Steinhäuser's Twitter via TweetDeck

About a month ago from Marco Steinhäuser's Twitter via TweetDeck

The opinions expressed on this site are my own and do not necessarily represent those of my employer.